The Iron and Steel Factory in Helwan... The Egyptian state's gateway to industrialization during the era of President Abdel Nasser 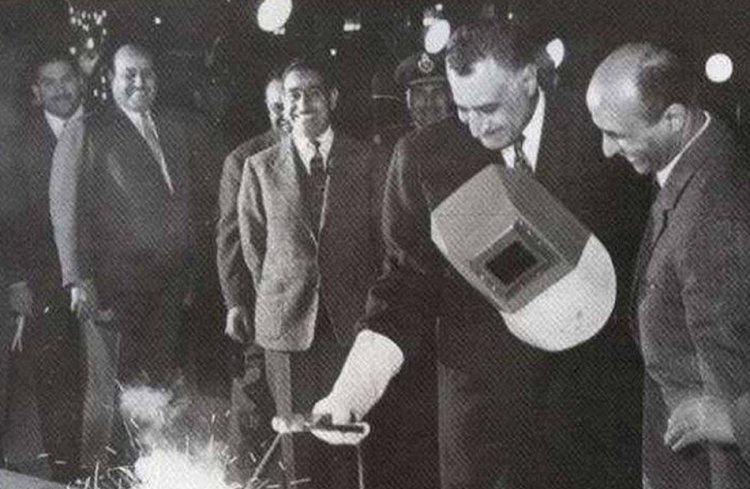 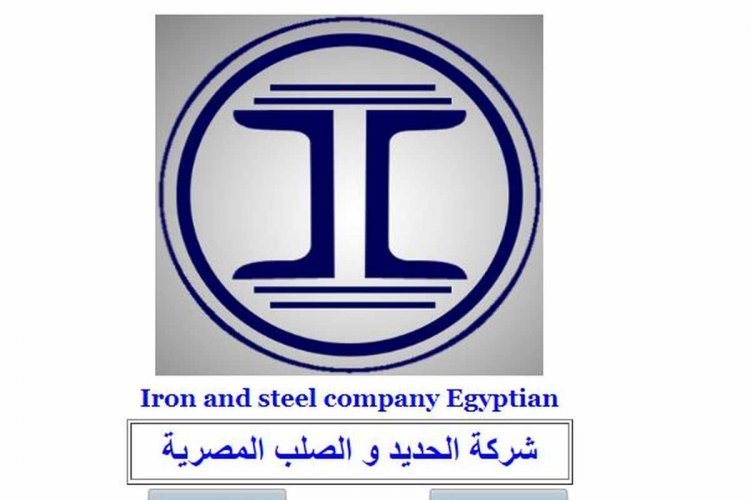 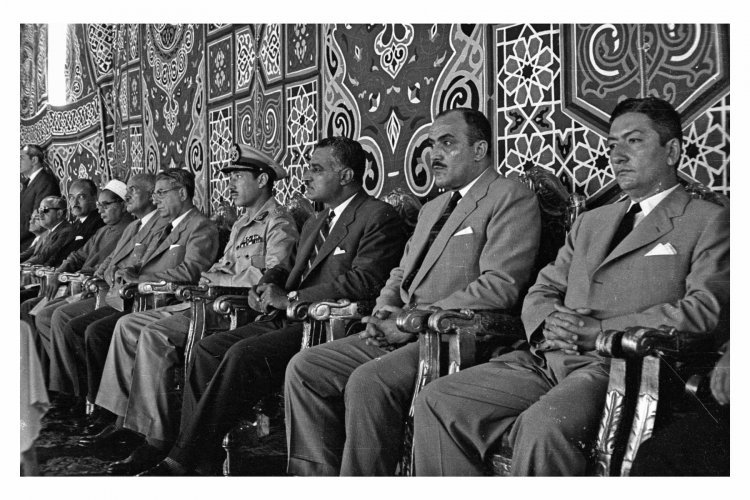 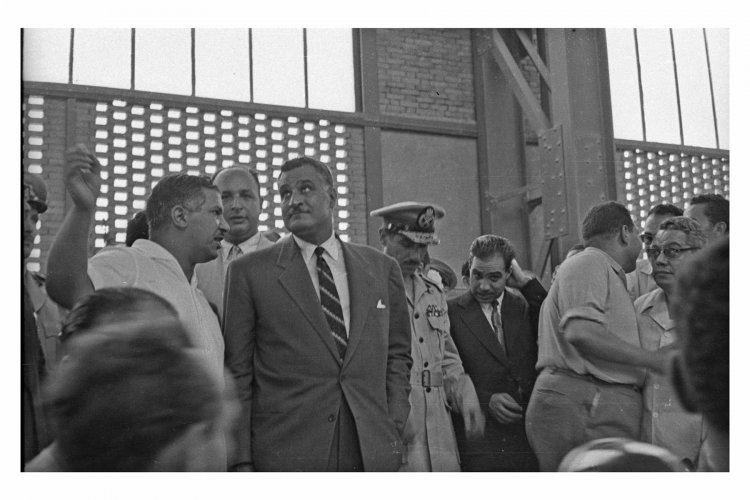 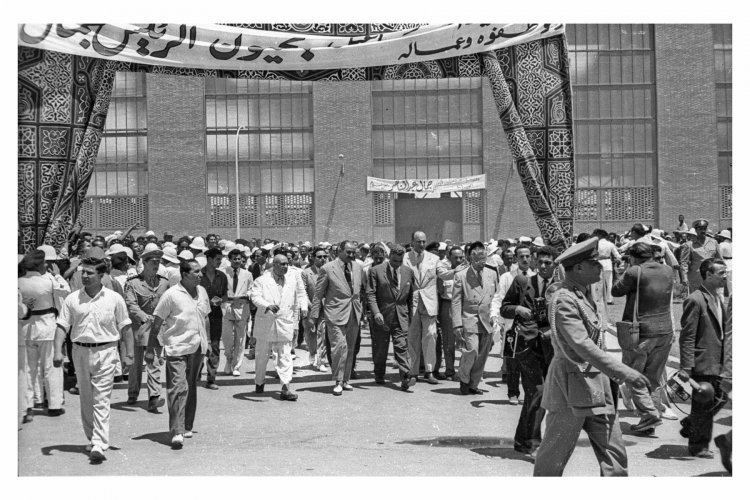 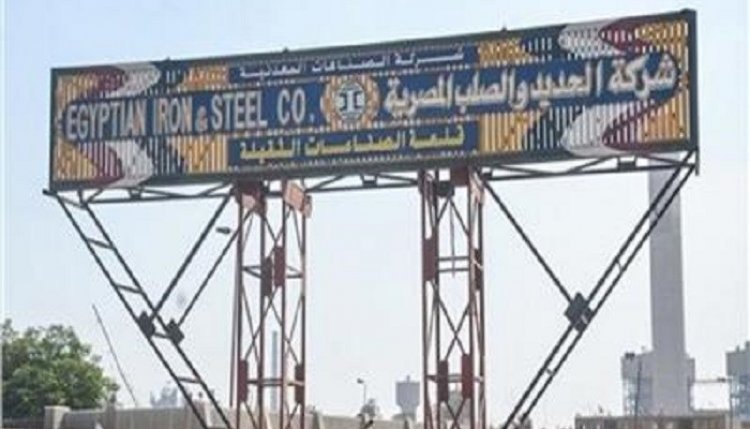 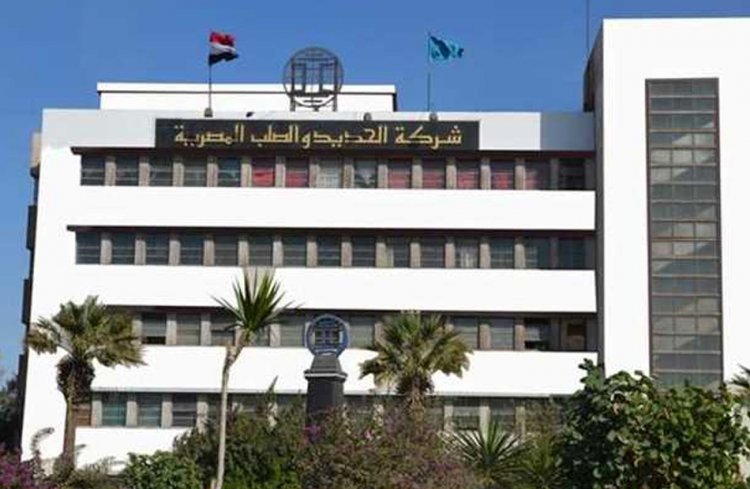 "As for the iron and steel factory, we laid the foundation stone in 1955 until 1958, the conditions were difficult, economic restrictions and siege and attempts to isolate, but we thank our Lord that despite these hardships, those in charge of the work were able to open the factory on the date specified for it despite the tripartite aggression, and despite the siege." With these words, President Gamal Abdel Nasser opened the Iron and Steel Factory in Helwan.
The idea of ​​establishing an iron and steel company in Egypt came up during 1932, and for years, the idea has been searching for someone to irrigate its seeds to turn into a real reality, which is what happened, with the issuance of the late President Gamal Abdel Nasser, a decree to establish the Iron and Steel Company on June 14, 1954, in the Tabbin area in Helwan, as the first integrated complex for the production of iron and Steel in the Arab world. The project was launched as an Egyptian joint stock company, and the value of the share was two Egyptian pounds, in addition to fifty millims of issuance expenses, provided that the value of the share be paid in two installments, the first of which is one pound and fifty millimes (five piasters), to be paid in the period from November 21 to December 20. The second installment is worth the second pound, and it is to be paid in the period from April 20 to May 5, 1956.

Despite the circumstances of the tripartite aggression, the work proceeded vigorously in the construction of the factory, and the nascent project received sincere assistance from all state agencies such as the Roads, Traffic and Border Forces, who joined forces to facilitate the transportation operations.
On July 23, 1955, Nasser and members of the Revolutionary Command Council laid the first foundation stone for the project on an area of ​​more than 2,500 acres, including factories, its residential city and the mosque attached to it, after signing the contract with the German company Demag Duisberg ( known as East Germany) to establish factories and provide expertise  necessary technical.
At the same time, the Dekheila port was operated to supply the coal needed to operate the kilns, as well as a railway line from the port to Helwan and another railway line to deliver iron ore from the oases to Helwan. It was not until November 1957 that the electric furnaces for smelting iron had already started its work, and on July 27, 1958, President Gamal Abdel Nasser inaugurated the nascent company to start production in the same year using two high-altitude furnaces made in Germany.

In its production, the project relied on iron ores abundantly available in the Aswan mines, whose area was estimated at 1,250 square kilometers.

The factory’s production at that time amounted to nearly 210,000 tons, reaching 1.5 million tons in the 1970s, of steel formed in the form of plates of different sizes and thicknesses, bars, iron flanges, railway flanges, in addition to angles, beams, iron curtains, pipes, oil depots and other things.  The different industry needs, which we imported annually. The factory also produced other products of great economic value, including phosphorous fertilizer, blast furnace slag that is used in the cement industry, as well as huge quantities of furnace gas that was used to operate some machines in the same factory, and it was also used to generate electricity.

Railroad bars and ship building panels are products that require special specifications with a high degree of accuracy and quality. Egyptian steel has proven its excellence in all markets, and shipping companies have actually used it to restore their ships in the dry dock in Alexandria.

The Iron and Steel Company has paid attention for years to seek the assistance of specialized international expertise. In 1961, a contract was made with the (former) Soviet Union to establish new units in the complex to increase steel production from 300,000 to 1.5 million tons annually, and the agreement was approved to stop the use of ore of Aswan mine and the use of Al-Wahat Al-Bahariya ore for the entire complex, which has caused many problems since its use until now due to the harmful impurities it contains. In 1986, a contract was made with the German Krupp Company to rehabilitate some units to add a new quality of products.

On January 1, 1991, it was announced as an Egyptian joint stock company affiliated with the Holding Company for Metallurgical Industries and is subject to the provisions of Law 203 of 1991. It engages in iron and steel production and trading activities, the exploitation of iron mines, and all iron and steel related businesses.[2]  The company's capital is 976,872,278 Egyptian pounds.

Egypt and Mexico among The Seven Wonders of the World

On this day… Nasser diverts the Nile watercourse

July 23 revolution and its impact on social mobility

Cairo Tower: The story of Nasser’s steadfastness and resilience...