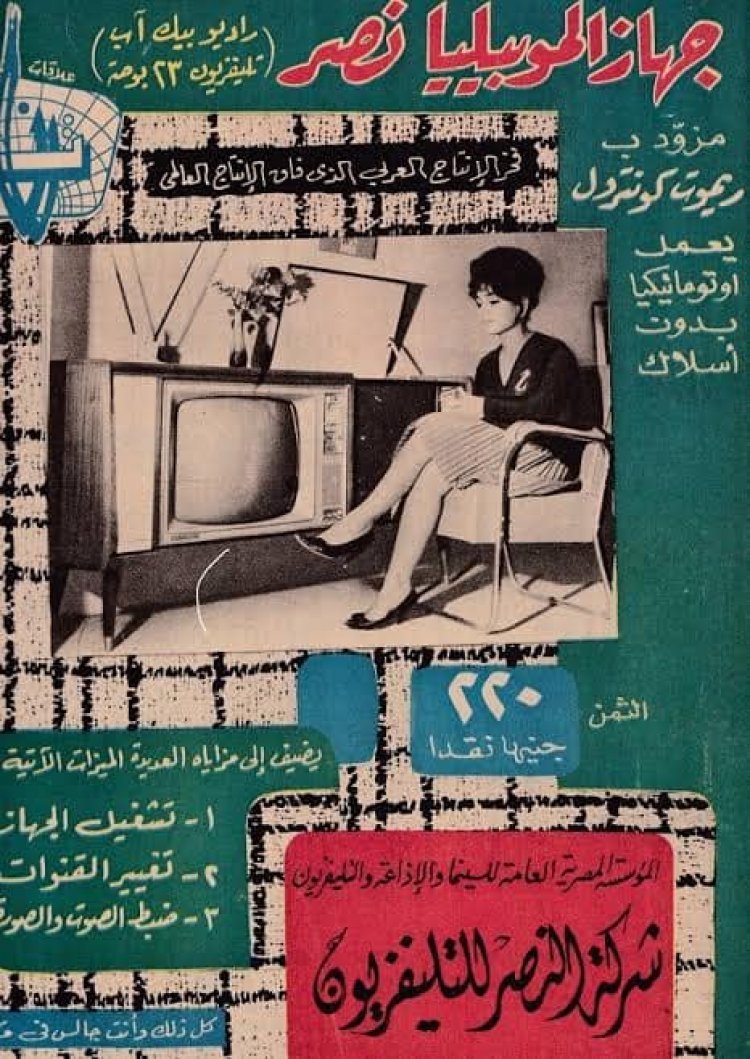 In July 1960, El Nasr Co. For Television & Electronics was established to be the nucleus of a complete electronic city on an area of 191,486 square meters. The company aimed at producing televisions of all types and sizes, television receivers including regular, modern and digital satellites, electronic computers, video, radio and cassette equipment, and all electronic devices for all uses.

The story goes back to 1957, when the first programme for industry in Egypt, the “Five Years Programme” was drawn up. At that time, Prof. Aziz Sidqi, then Minister of Industry, asked the programme committees to determine the projects needed within five years. The committees finished setting up the programme. Among the projects was an electronics factory that would produce five thousand television sets in addition to radios and other electronic equipment.

In 1959, during the anniversary of the July Revolution Day, President Gamal Abdel Nasser saw the necessity of introducing television in the regions of the United Arab Republic “Egypt and Syria,” provided that work would begin on the next Revolution Day “July 1960.” As the Ministry of Industry began to re-examine the project, the establishment of a special factory to produce televisions appeared to be an inevitable necessity. Immediately, the door was opened for international television sets production companies to make their offers to establish the Arab factory. These offers were then examined by the technical committees. On March 1, 1960, Dr. Aziz Sidqi signed the contract to establish the Arab Television Factory with the American company R.C.A .

However, a big problem arose. The period remaining until the anniversary of the July Revolution was short (less than five months), and the project was not completed yet. According to this, a decision was issued to import ten thousand television sets from abroad to distribute them before the Revolution Day until the production of the Arab factory goes to the market. Moreover, the imported devices were sold at lower prices than those sold in their manufacturing countries, by exempting them from customs duties and any other fees. At that time, there was a special committee that was preparing the television equipment factory in Dar es Salaam, near Maadi.

On the first day of receiving El-Nasr TV Factory reservation requests, Prof. Aziz Sidqi went to see the public's demand for reservations. Accompanied by Youssef Dowidar, the Comptroller General of El Nasr Factory, Prof. Sidqi found that on the first day 4,000 devices had been seized, while other 5,000 devices had been seized on the second. There were explicit instructions to the officials in the Nasr Company to reduce the prices of the equipment to a minimum. For example, the price of the El-Nasr 17-inch TV was 57 EGP in cash and 61 EGP in installments.

Those in charge of the new factory took into account that Egypt would not be satisfied with importing designs for television sets and producing them locally. Thus, a special section to introduce technical improvements and modifications to television sets of all kinds were created. Moreover, television sets were developed, as 24-inch, 27-inch, and transistor television were produced. Of the trainees in the final assembly line, more than 25% were women.

Cairo Tower: The story of Nasser’s steadfastness and resilience...

The Iron and Steel Factory in Helwan... The Egyptian state's...

The Library of Nasser's Father

July 23 revolution and its impact on social mobility

Anniversary of establishment of the Holy Quran Radio by...