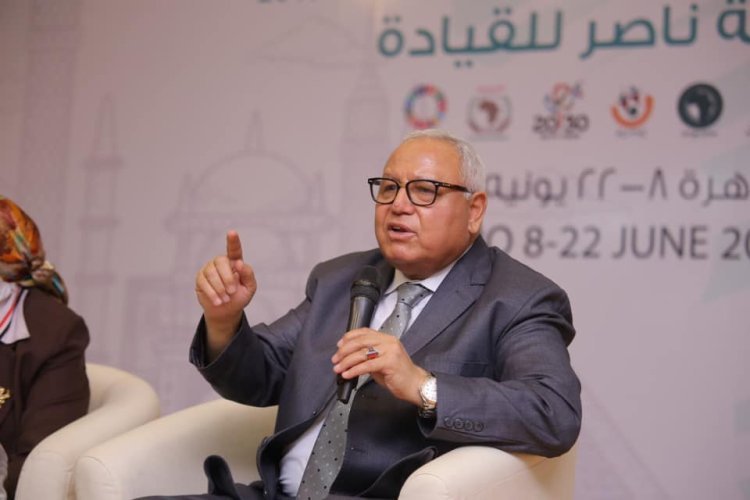 Dr. El-Sayed Fleifel, Chairman of the African Affairs Committee in the House of Representatives and former Dean of the Faculty of African Studies, stressed that the ancient Egyptian civilization was available to all peoples of African countries, which reflected the origins of African civilization, pointing out that Egypt is the capital of the African culture and links it with Africa with a common destiny, relations and a long history, adding that the city of Aswan contains half of the world's monuments.

This came during a session of Gamal Abdel Nasser and Africa within the activities of the first day of the fellowship, launched by the ministry (the African Youth Office, the Central Administration of Parliament and Civic Education) under the auspices of Dr. Mustafa Madbouly, Prime Minister and in cooperation with the African Youth Union, during the period from 8 to 22 June 2019 Civic Education Center in Al-gezira.

Fleifel recounted one of the stories of President Gamal Abdel Nasser's guile and his support for brotherly African countries at the time of their crises, pointing to Abdel Nasser's resort to these tricks to prevent the West's interference and control of African peoples, calling for the need to read history about what Africa made against occupation over the ages to learn about Africa.

Fleifel praised the African Parliament, which is a real African summit for its decision to ban the export of mineral materials, which makes Africa an industrial and agricultural continent that achieves development and renaissance, stressing the need to pay attention to in-depth African research alongside industry, trade and agriculture to build the African continent and develop it at the level of all fields.

While Fleifel explained that the late leader Gamal Abdel Nasser has reflected the image of the African League and that Africa committed itself to the late President Gamal Abdel Nasser in supporting the rights of the Palestinian people, referring to his leading role in the African liberation and renaissance movements, indicating the role of his policy in reaching the heart of Africa.

He also called on African youth to intensify their efforts in building the African continent as they are decision makers and future leaders.

On her part, Dina Fouad, head of the Parliament’s Central Administration and Civic Education, explained that Nasser Fellowship for African Leadership aims to transfer the ancient Egyptian experience in building national institutions, and create a new generation of young African transformational leaders with a vision in line with the directions of Egypt’s presidency of the African Union, who believe in serving the goals of the African Union, African unity through integration; in addition to establishing a gathering of the most influential young African leaders on the continent with training, necessary skills and strategic visions, emphasizing the interest and keenness of the Ministry of Youth and Sports headed by Dr. and their ideas.

After the African Union praised the fellowship of leader...