The National Museum of Egyptian Civilization 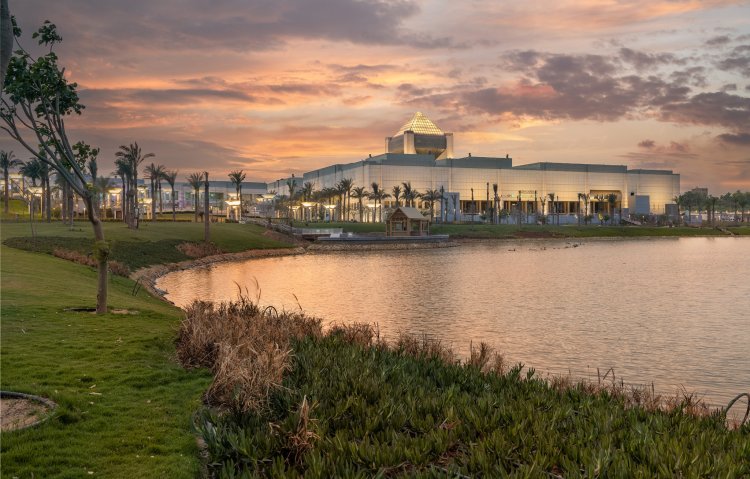 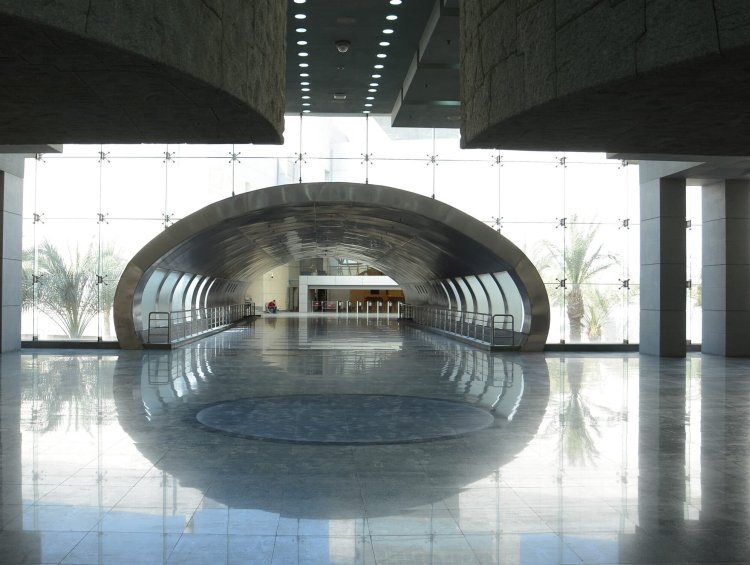 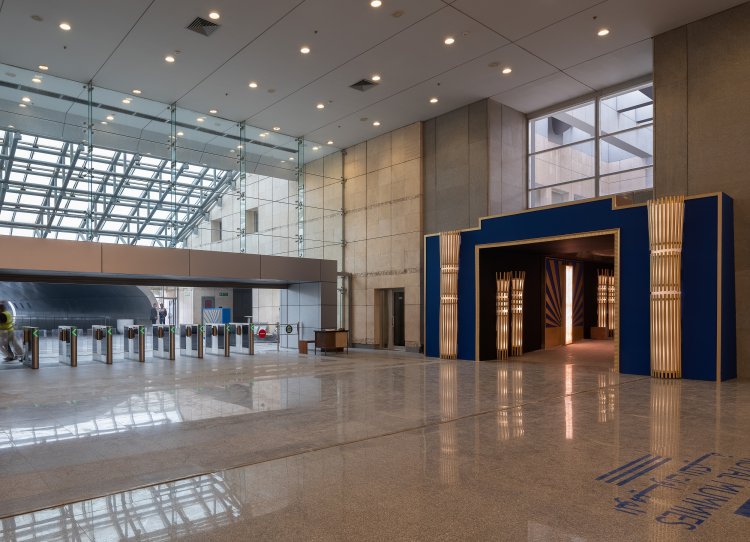 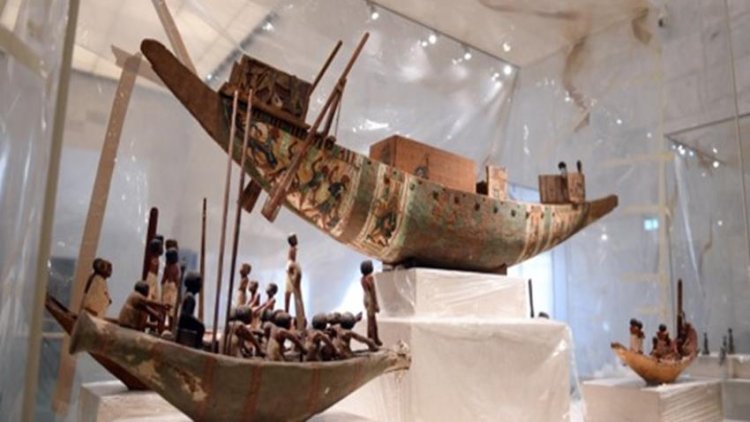 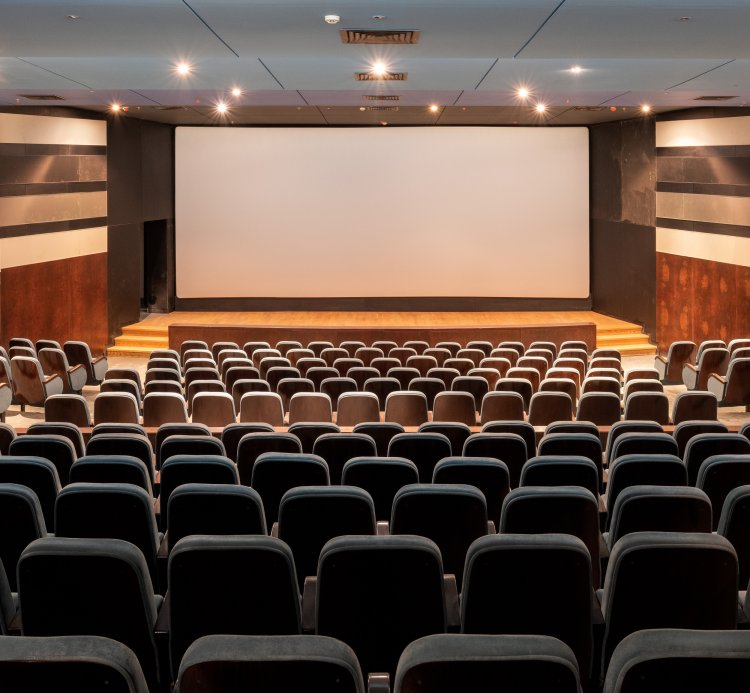 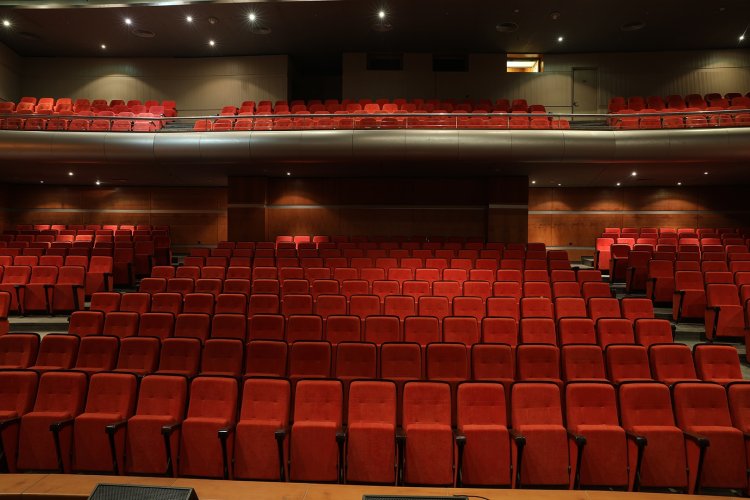 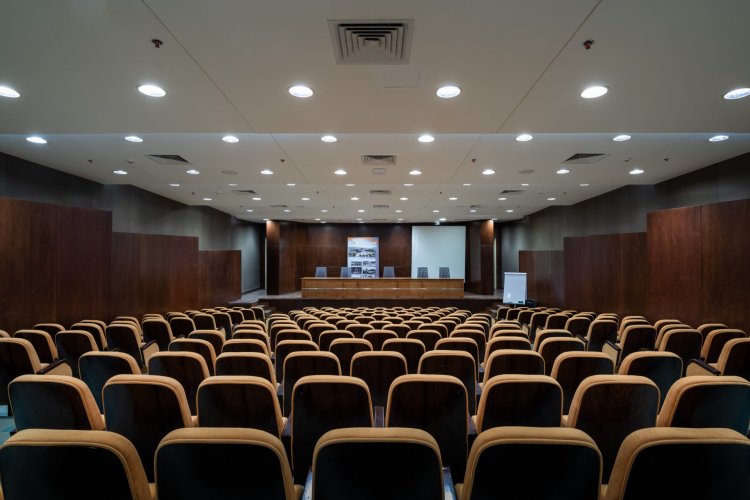 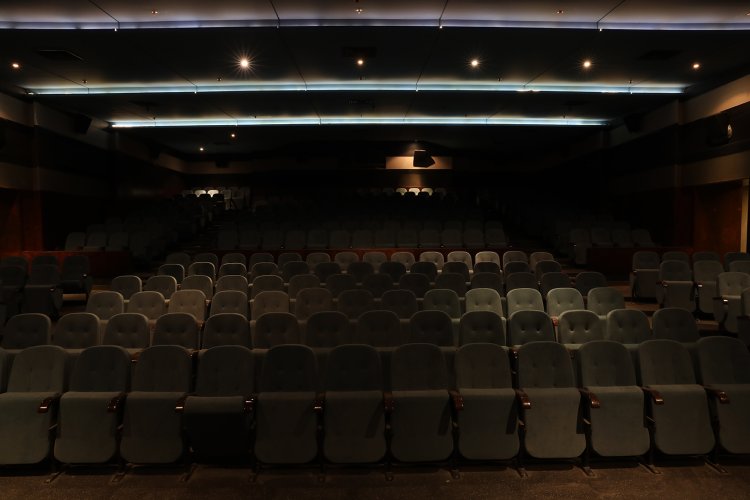 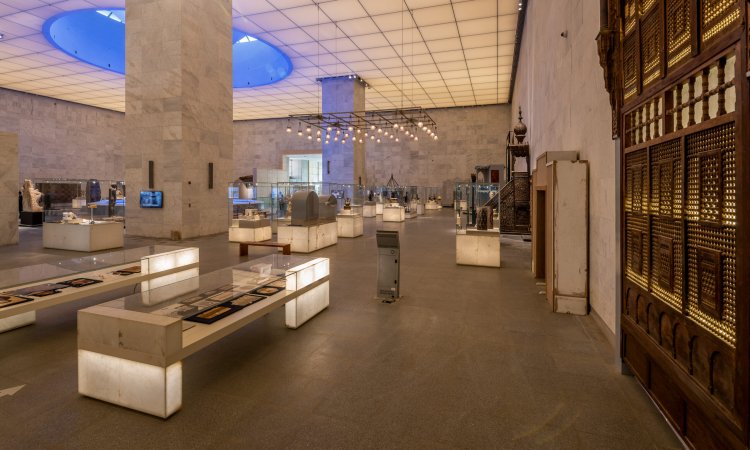 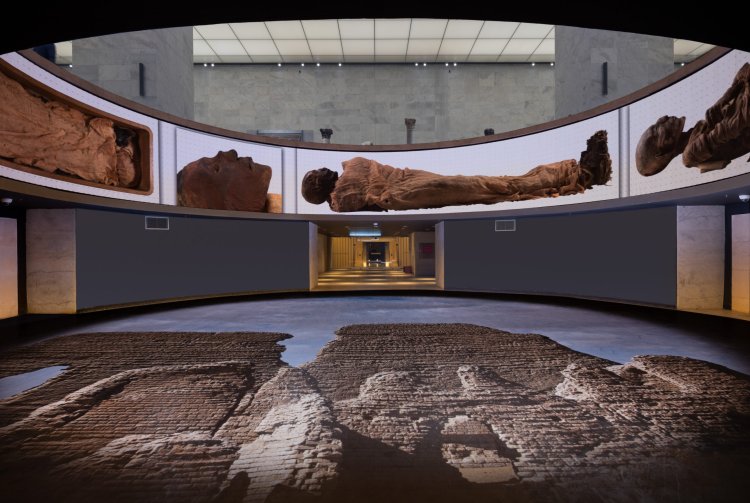 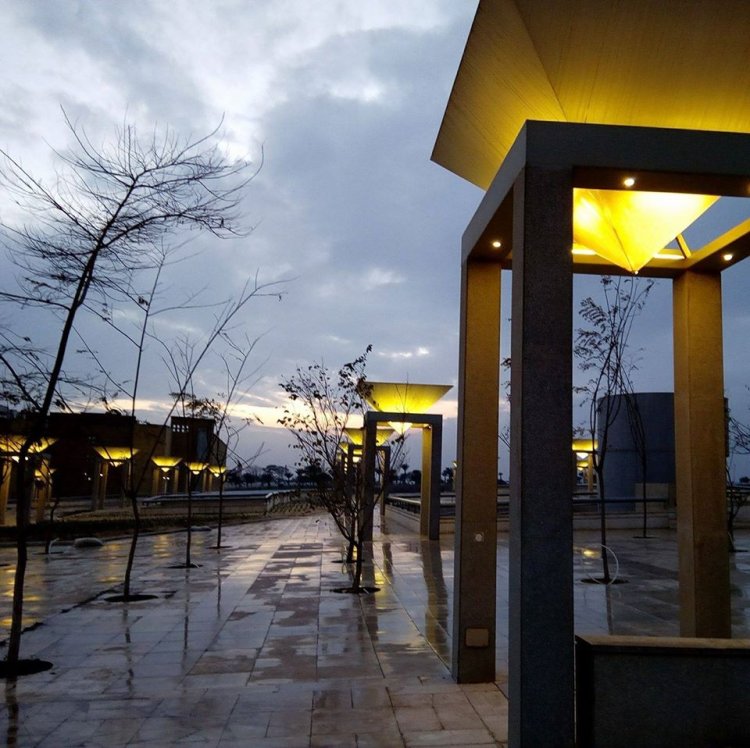 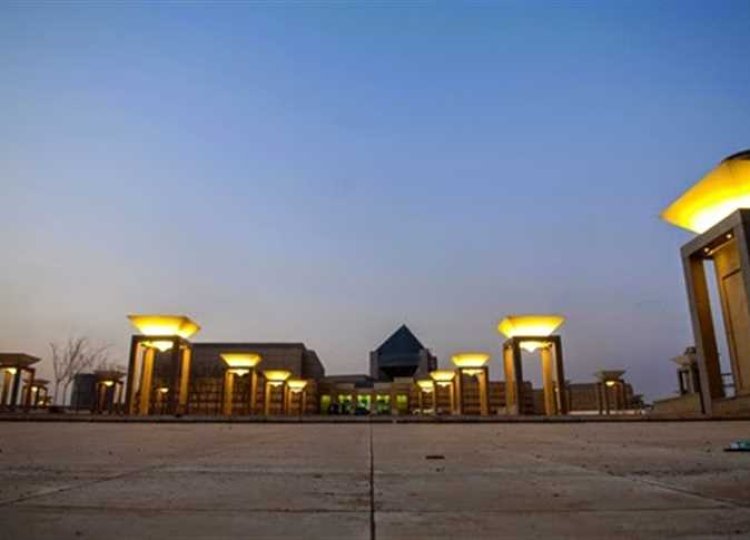 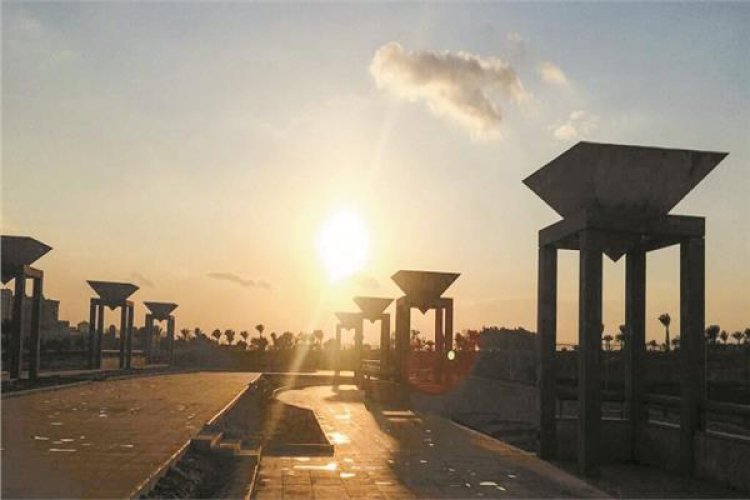 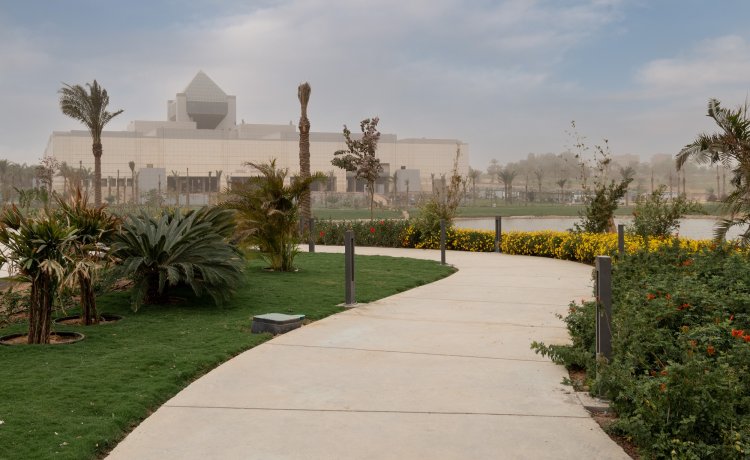 Inner of the historic city of Fustat in the Old Egypt -Cairo, the National Museum of Egyptian Civilization is located, where its geographical place includes traces of different civilizations, as it is the best symptom of the tolerance of religions in Egypt, the cradle of civilizations.
The National Museum of Egyptian Civilization is the first of its kind in Egypt and the Arab world which provides a comprehensive view of Egyptian civilization from prehistoric times to the present day by highlighting the interaction between Egyptians and the land on which they have lived throughout history through cultural themes chosen to shed light on Egypt's material and non-material heritage, The Museum of Civilization is also an important educational and research center for visitors, whether Egyptian or foreign.

The Pharaohs took a place in a large city where the Babylonians made it a place for their stability when they disembarked in Egypt, and then the Romans took it as the headquarters of their defense to reach the maritime and tribal faces  and paid for by every foreign aggressor on Egypt, and then by the Jews and the Prophets as their headquarters as well and after the Islamic conquest taken by Amr bin al-Az, capital and immigration house for Muslims, The museum site also features a rare natural lake, Lake Ayn Sirah lagoon ", the only lagoon left in Cairo after many lakes disappeared.

The idea of building the National Museum of Egyptian Civilization dates back to the reign of King Farouk from 1938 until 1949, and to King Farouk's insistence on the construction of a museum similar to the museums of Europe documenting Egypt's various civilizations. The Agricultural Society then devoted an entire building inside it to the creation of a model of the Museum of Civilization to showcase all historical stages in Egypt.

After many years, the idea of establishing the museum in 1982 was renewed, following an international campaign led by UNESCO to establish the National Museum of Civilization. After 17 years, the museum's current residence site was selected, and the construction and excavation process began in 2000, with the aim of establishing the museum as a cultural, civilizational, scientific and research center. As well as becoming a center for local, regional and international community communication to work to preserve Egypt's ancient cultural heritage, protect it from looting and extinction, and accommodate 50 thousand antiquities varied from pre-family to modern times..

The museum features unprecedented designs in Egypt in the field of architecture and modern technology on 33.5 acres, designed by engineer Dr. Ghazali Ksaiba, whose museum design project won a global competition in 1984, and designed exhibition spaces by Japanese architect Arata Isozaki.

The museum consists of several floors, topped by a hierarchical hall, Called "Pyramid Hall" or "Top Panorama Hall", which has 9 3D screens, Mounted on its walls, through which Egyptian history and Pharaonic monuments are displayed, Sound and image, and in the middle of the hall there is on the floor a stereotyped Makit for the entire museum and its various halls, entrances and exits as well, He also designed the hall wall with silent plaster, so that the visitor is isolated from external effects and sounds, and makes him enjoy his time inside..

The main hall and the hall of the royal mummies, the temporary exhibition hall, the dawn of civilization, the Nile and the capital, writing and science, state and society, culture, beliefs and ideas. Its holdings are made up in a historical sequence during eight main periods which are : prehistoric, antique, pharaonic, Greco-Roman, Coptic, Islamic, modern and contemporary era..

The museum also includes extensive temporary spaces for display, a hall and a center for education and research, As well as an exhibition related to the development of the city of Cairo, it will serve as a venue for a variety of events, Including the screening of films, conferences, lectures and cultural activities, the Hall has 22 royal mummies, And 17 royal coffins coming from the Egyptian Museum of Liberation, in a majestic parade that began on the evening of the third Saturday of April 2021, coincided with the Royal Mummies parade opening the main hall and the mummy hall of the National Museum of Egyptian Civilization Mummies go back to the era of 17 families, 18, 19 and 20, including 18 mummies of kings and four mummies of queens, including: King Ramses II, King Senakhtenre, King Thutmose III, King Ste I, Queen Hatshepsut , Queen Meritamen, Wife of King Amenhotep I, and Queen Nefertari, Wife of King Ahmose I. " The single-family mummies are grouped together, in addition to
Pepi I mummy, from the Saqqara monuments area.

The screenplay includes the evolution of the idea of "burial" in ancient Egyptian civilization and the methods of embalming and varying from the covering and embalming of the body, as well as the presentation of some holdings of artifacts belonging to the same time period of provision such as funeral furniture, the visitor will take a time trip to the world of Pharaohs kings, where he will walk on a specific, unconventional path accompanied by dim lighting. so that the visitor feels inside a real cemetery, the hall is equipped with induction plates and indicative signs Mummies are displayed through Malty Media screens and your bulldozers, they will be displayed in a unique manner with interactive displays and "3D hologram."

The collection of crockery known as black-rimmed pots is one of the most prominent collections the museum will present; It dates back to the pre-family era, about 7000years, and still retains its shape, quality and gloss, as well as a collection of "vines", a ceramic painted with a layer of shiny green, inscribed and then burned again, and dates back to the era of the modern State.

The Museum of Civilization is unique in the display of the first and oldest hour in history known by the ancient Egyptian, the first watercourse, the other solar, and the staircase "Ladders" for timing, a number of farming tools to measure distances, land and spaces to determine neighbor boundaries, as well as the first Nile scale that was determining the height of the Nile River He was responsible for the alarm at the time of the flood, and there are also exhibits of Islamic and Coptic art. bread loaf form from the Pharaonic era to the present day, Makeup tools in every age, and also part of the Holy Kaaba cladding..

The main hall of the museum presents contemporary works of people who have influenced our lives by their work in modern times, such as Mahmoud Mokhtar, Saeed al-Sadr, Hassan Fathy and others. Thus, the visitor to the museum follows the stages of the development of Egyptian civilization throughout the ages, and sees before him a presentation of the achievements made Egyptians in various areas of life from the dawn of history to the present.

The pyramids... the engineering miracle