Today July 2, 2022 The captive dragon on the pulpit..discussing a master’s thesis “The Hunter and the Dragon: Pursuit in the Palestinian Experience 1968-2018,” 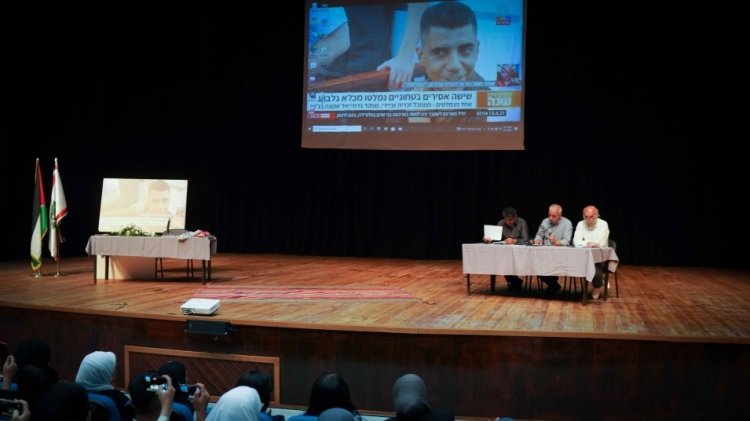 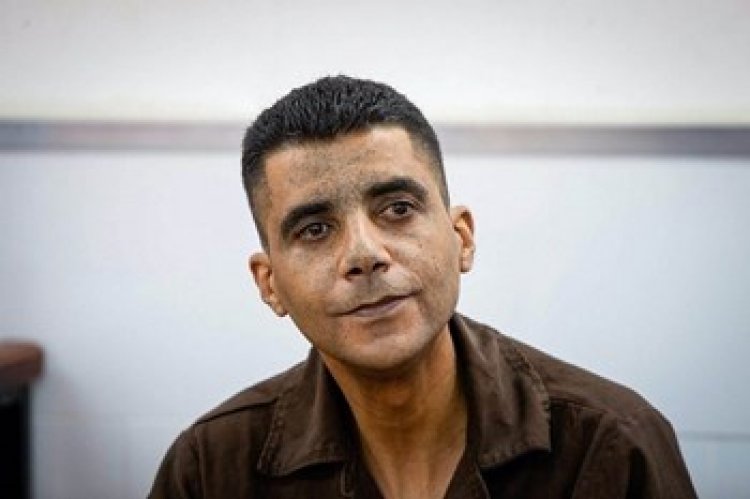 Today July 2, 2022 The captive dragon on the pulpit..discussing a master’s thesis “The Hunter and the Dragon: Pursuit in the Palestinian Experience 1968-2018,” an observation of the history of global liberation movements

And the attention of the highest, to the direction of the wind, his step…”

The words of Prof. Dr. Abdel Rahim Al-Sheikh - Professor of Cultural Studies, Birzeit University, and the supervisor of the master’s thesis, describing Al-Zubaidi

Today, the absent captive Zakaria EL-Zubeidi obtained a master’s degree in contemporary Arab studies - Birzeit University, in the central West Bank. Al-Zubaidi is one of the six champion prisoners of "Freedom Tunnel" who dug the tunnel from Gilboa Prison and escaped, who were later arrested. His thesis describes the life of the Palestinian persecutors from 1968 to 2018, which he completed inside the prison, observing the history of the hunter, which is colonialism and the dragon that is subject to colonialism.

The study revolves around documenting the experience of Palestinian persecution over a period of nearly fifty years, where its theoretical framework touched on the historical pursuit of Palestinians, during which the researcher dropped his personal experience and documented it in order to be guided, and as evidence for every resistance in confronting the occupation and escaping from it. It also deals with the development of the occupation and its security and technical intelligence services, in turn. The fighter was able, through several factors, to hide.

Where Zakaria Al-Zubaidi assumed the character of "the dragon", which is derived from an ancient legend in which the victory of the dragon over the hunter after a long and arduous chase, and in fact it embodies his condition and makes his personal experience a reality.

The Supervision and Discussion Committee included Prof. Dr. Abdel Rahim Al-Sheikh, supervisor and chairperson, Prof. Dr. Jamal Taher as a member, and Prof. Dr. Walid Al-Sharfa as a member, as well as three detainees from the occupation’s prisons: the prisoner Dr. Marwan Barghouti, the militant prisoner Walid Daqqa, and the Lebanese writer and intellectual Elias Khoury. The thesis received international popularity and resonance among Arab and international circles, the fighter who believed in the statement of Shereen Abu Akleh, “Perhaps in some absence a stronger presence.”

Dr. Abdel-Rahim Al-Sheikh, the supervisor of the thesis and the head of the discussion concluded the committee’s statement, saying, “These are all details, Zakaria. As for the committee’s decision, it is your decision that you wrote with your foot in pursuit. The committee is honored to announce”The Hunter and The Dragon: Pursuit in the Palestinian Experience 1968-2018” your master’s success with high distinction in practice, and unparalleled success in theory, and this is a success for Palestine, for the gun fighting... So peace be upon you, upon the day you were born, the day you fought, the day you were expelled, the day you were captured, the day you emerged from the tunnel of freedom in occupied Beisan, and the day you will be resurrected free.”

The 60th anniversary of the independence of the Republic of Rwanda

Anniversary of Nakba, The Deep Wound of Palestine and Nasser's...